von Balthasar on the Creator/creature distinction and relationship, and the incarnation 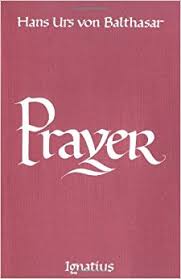 The object of contemplation is God.  We listen to God’s word only because it is God’s.  We contemplate the life of Jesus only because it is the life of the Son of God.  Whatever we pay attention to in salvation history—the form and language of creation, the prophets of the Old Covenant, the apostles, the Church with its saints and prayers, its pronouncements and sacraments—we do so only because it is through these things that God’s salvation is brought to us.  We cannot contemplate God apart from these pathways which lead to him, and reveal him to us, for it is thus that he manifests himself, it is thus that he confronts us.  Even in the ‘unveiled sight’ of eternity we shall never see God in any other way but in his sovereign, incomprehensible self-revelation, in which he gives himself, stepping forth out of his unapproachable Being and bridging the infinite chasm which separates us from him.  Everything is possible to the creature except one thing: it cannot be God.  The creature is in root and marrow fundamentally different from him and will remain so for ever.  And the nearer man approaches him in terms of will and knowledge, the more he experiences the abyss which separates him from the One who is “all”…. The creature is a perpetual question addressed to God.  To the extent that it is spiritual, it cannot do other, when exercising its act of being, than continually distinguish and differentiate itself—and hence relate itself.  Fundamentally, God is the “Other” in every possible way, and so he is the answer to the question which I am.  Only by looking at him can I have any ultimate hope of salvation.  To understand this, read and pray the Psalms:  “The Lord is my light and my salvation; whom shall I fear?...My heart says to thee, ‘Thy face, Lord, do I seek.’  Hide not thy face from me….Teach me thy way, O Lord; and lead me on a level path….I believe that I shall see the goodness of the Lord in the land of the living!”  Every awareness of existence turns into a looking up to him, a word addressed to him, a thought of him; every situation is clarified through being related to him.  It is man’s anguish and his glory, his weakness and his dignity, that he must and may relate himself to God in this way; he can only be himself through God, and he can never be God.  He can only affirm himself, and only then his whole environment and his fellow creatures, by uttering the stupendous No and Yes which are built into the very foundations of his being:  No, I am not God; Yes, I need God as my beginning and my end.  No relative being is Being, but none is apart from Being, and each only exists in relation and as a pointer to Being (p. 155-57).

-  Balthasar says that only God is and has Being (necessarily) whereas all else, people included, are relative beings, contingent on God for our existence.  The fact that we die reminds us of this.  He goes on:

There was only one way out of this impasse, namely, that infinite, eternal Being should utter its own self in the form of a relative being.  That in this epiphany and parousia it should actually become present and give an authoritative interpretation of itself.  Then we could hear the infinite Word in the finite, and see the eternal, imageless archetype in the finite form.  Now, our contemplation consists of a cautious approach to the mystery of the hypostatic union: the two natures having become one in the Person of the divine Son.  Not only with the intention of creating a fellowship in which Being is Being-together, but explicitly so that eternal Being may manifest itself, express itself, interpret and represent itself for the benefit of temporal beings.  By hearing, seeing and touching a human form, within the world, we are to cultivate acquaintance with the eternal “Word of Life” who is with God and is God (p. 157-58).

-  In other words, God revealed himself to his creatures, his image bearers, by taking upon himself our own nature and flesh in the person of Jesus.  God became flesh and dwelt among us so we could see what God was like.  Being put on being; ultimate Being put on contingent, relative being; divinity put on humanity.  We could not comprehend God in his infinite nature, so God put on flesh to speak the world’s vernacular; Creator put on creaturehood to speak to creatures on our level, to reveal himself to us, and ultimately to save us so we could be united to him.