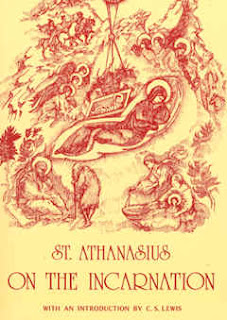 "For by the sacrifice of His own body [Christ] did two things: He put an end to the law of death which barred our way; and He made a new beginning of life for us, by giving us the hope of resurrection.  By man death has gained its power over men; by the Word made Man death has been destroyed and life raised up anew.  That is what Paul says, that true servant of Christ: 'For since by man came death, by man came also the resurrection of the dead.  Just as in Adam all die, even so in Christ shall all be made alive' [1 Cor. 15:21ff], and so forth.  Now, therefore, when we die we no longer do so as men condemned to death, but as those who are even now in process of rising we await the general resurrection of all, 'which in its own times He shall show' [1 Tim. 6:15], even God Who wrought it and bestowed it on us."