N.D. Wilson on the virtues of scary stories for children 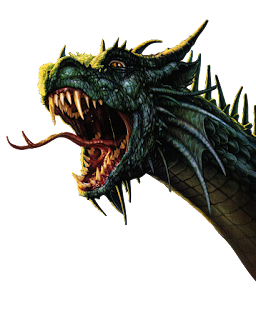 Monsters can give children nightmares.  Some parents will go out of their way to shield children from stories about scary things.  But children will have nightmares about monsters and goblins anyway.  Kids know, both inherently and from their (limited) experience, that there are nasty things in the world.  But the right kind of monster stories will set kids up with the tools to deal with those frightening things in the right way, and I'm not only talking about imaginary monsters, but the kind in the real world as well.  Good monster stories can give children courage and peace of mind; such stories can nurture their faith.

Thanks to Justin Taylor for pointing out a very good article by N.D. Wilson on why the right kind of scary stories are good for children.

Here is Wilson's article in the Atlantic.

Some of our family's favourite "scary" Wilson stories are Leepike Ridge, Boys of Blur, the 100 Cupboards series, the Ashtown Burials series (still waiting for the rest to be published!), and his latest, Outlaws of Time: the Legend of Sam Miracle, is bound to be good too.

Wilson mentions some of the books that shaped him in his childhood reading, like C.S. Lewis's The Chronicles of Narnia, or J.R.R. Tolkien's The Hobbit and The Lord of the Rings.  These stories have evil characters in them and frightening confrontations with darkness.  However, I agree whole-heartedly with kids reading these stories.  There are many other "dark" stories that some parents shy away from but which I think are good at imparting the very things Wilson speaks about in his article.  Some of our family's favourites are by Neil Gaiman: Coraline, and The Graveyard Book.  Certainly every parent should find out if their kids are ready for some of these darker-leaning books and I would suggest that parents should either read these tales to their children, or else read them along with their children, in order to be able to discuss the very themes Wilson talks about in his article (at least the first time the child experiences these stories).  But I most ardently advocate that these types of stories should be a regular part of a child's, and family's, reading diet.

If you are unconvinced by Wilson's reasoning about why children should read scary or dark stories which teach them about virtue and courage and good ultimately triumphing over evil in the end, be sure to check out the blog post by Taylor mentioned above, which includes some quotes by authors arguing for the same thing.  Quotes like this one by G.K. Chesterton: