“Post-Christendom is the culture that emerges as the Christian faith loses coherence within a society that has been definitively shaped by the Christian story and as the institutions that have been developed to express Christian convictions decline in influence.”
- Stuart Murray 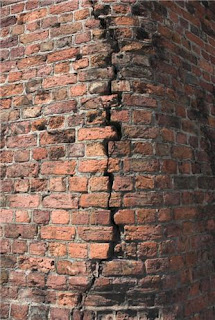 I would add a potential alternative reading:

Post-Christendom is the culture that emerges as the Christian beliefs and convictions upon which a society was based are consciously rejected, even while that society retains the institutions built by Christianity and even many (or most) of the moral presuppositions of Christianity, but retains them at such a subconscious level that they are not apparent to that society.  The post-Christian society consciously reacts to and rejects the Christian foundations upon which their functioning society was built and to which they ultimately and originally owe their existence, but doesn't see that what they are replacing that foundation with won't support the weight of their society.  Something like an angry teenager yelling at their parents, "I don't need you", but continuing to receive an allowance while they live in the security of the house their parents built.  Its only a matter of time before the teenager leaves home or the parents die and the brutal truth dawns upon them:  homes like that don't build themselves.