A Tale of 2 Jacks (and one Aldous): A round-up of C.S. Lewis remembrances 50 years later 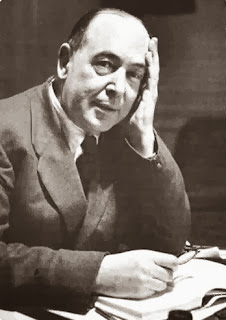 Fifty years ago today, C.S. (Jack) Lewis died.  That same day President John F. (Jack) Kennedy was assassinated.  Aldous Huxley died on that day as well.  All three men left a legacy and have had an enduring influence but it is open for debate as to which one has had more impact since their deaths or who will have more impact on succeeding generations.  I'd argue that thus far it is Lewis who has had the biggest influence and that this will increasingly be the case.  Of course I think the history books will continue to give most attention to JFK - he was a very popular president and the leader of the free world during a goodish chunk of the Cold War, and he did preside over a period of particular cultural and societal upheaval and unparalleled technological innovation.  But when I talk about who will have the most enduring legacy, I am not referring to how much ink each man will get in history text books.  Huxley too was a very influential person whose thought extended very far beyond the book for which he is most well known today (A Brave New World).  His skill as a writer and critical thinker ensure he will not soon be forgotten.  If reckoning only by total word count in history texts, I am quite certain Lewis will continue to come in a distant third.  But I am not primarily defining ongoing influence and impact by the total tonnage of material written by professional historians and biographers or doctoral students.

If examined in terms of present-day and future impact, I believe that Kennedy and Huxley will decrease whereas Lewis's influence will continue to grow.  I believe this to be the case for many reasons, chief among which is the fact that Lewis wrote on Jesus Christ and the Christian faith, subjects of eternal relevance.  But another main reason I believe in Jack Lewis's ongoing influence in the world is because he wrote some of the best, most endearing and most enduring children's books ever written:  The Chronicles of Narnia.  Kennedy shaped much of the political world which followed his time at the helm.  Huxley of course continues to be an important voice in societal and political philosophy and cultural criticism.  But Lewis wrote stories which have repeatedly helped shape the souls of the children who read them, most of whom grow up to read these same stories to their children.  As children read these stories, they are brought into a greater understanding of the nature of God, themselves, creation, sin, the cross and resurrection, courage, justice, grace and mercy.  Kennedy and Huxley may continue to influence the thoughts people think in their heads, but Lewis will go on nurturing fat souls, joyful hearts and budding imaginations.  And these are the things which shape people, and the their futures, most.

Check out Lewis being remembered in a fitting way:
Lewis joins Dickens, Chaucer, Spenser, Shakespeare, Kipling, Tennyson, Austen, and many more by being honoured in Poet's Corner at Westminster Abbey.

For some further thoughts on Lewis, as well as Kennedy and Huxley, check these out (in no particular order of importance):
Al Mohler's "the briefing"
Lecture on Lewis by Alan Jacobs
C.S. Lewis at Desiring God
Trevin Wax on Peter Kreeft's book about Lewis, Kennedy & Huxley talking in purgatory
The Wardrobe Door  on why Lewis is still popular
Kevin DeYong on Aldous Huxley
One list of George Grant's favourite Lewis quotes
...and another George Grant list of favourite Lewis quotes
Justin Taylor on the two Jacks
2 lectures by John Piper on C.S. Lewis
A comparison of the two Jacks over at The Federalist
Sinclair Ferguson on asks 'who was C.S. Lewis?'
Mere Orthodoxy on what Lewis can teach us
and last but truly one of the best...
Kevin Vanhoozer looks at C.S. Lewis and the Imagination in Theology and Discipleship